Toxoplasmosis: Your Cat’s Gift That Keeps on Giving

Toxoplasmosis Gondii infection makes infected mice unafraid and even attracted to areas where cats have sprayed.  This parasite can cross into the brain and cause unpredictable behavior depending on the site of infection.  Its prevalence is probably not very great…unless your cat cuddles with you and occasionally brushes your face with a flick of its tail or other action described below.  Of more concern is the loss of fear of cats shown in mice and the loss of fear of death in suicide.  Whether toxoplasmosis is a factor in many instances of depression has yet to be determined.

ScienceDaily (July 2, 2012) — Women infected with the Toxoplasma gondii (T. gondii) parasite, which is spread through contact with cat feces or eating undercooked meat or unwashed vegetables, are at increased risk of attempting suicide, according to a new study of more than 45,000 women in Denmark. A University of Maryland School of Medicine psychiatrist with expertise in suicide neuroimmunology is the senior author of the study, which is being published online July 2 in the Archives of General Psychiatry.

“We can’t say with certainty that T. gondii caused the women to try to kill themselves, but we did find a predictive association between the infection and suicide attempts later in life that warrants additional studies. We plan to continue our research into this possible connection,” says Teodor T. Postolache, M.D., the senior author and an associate professor of psychiatry and director of the Mood and Anxiety Program at the University of Maryland School of Medicine. He also serves as research faculty at the University of Maryland Child and Adolescent Mental Health Innovations Center and is a senior consultant on suicide prevention for the Baltimore VA Medical Center.

About one-third of the world’s population is infected with the parasite, which hides in cells in the brain and muscles, often without producing symptoms. The infection, which is called toxoplasmosis, has been linked to mental illness, such as schizophrenia, and changes in behavior.

E. Albert Reece, M.D., Ph.D., M.B.A., vice president of medical affairs at the University of Maryland and John Z. and Akiko K. Bowers Distinguished Professor and dean of the University of Maryland School of Medicine, says, “T. gondii infection is a major public health problem around the world, and many people don’t realize they’re infected. Dr. Postolache is a leading expert on suicide neuroimmunology. Suicide is a critically important mental health issue. About 1 million people commit suicide and another 10 million attempt suicide worldwide each year. We hope that this type of research will one day help us find ways to save many lives that now end prematurely in suicide.” 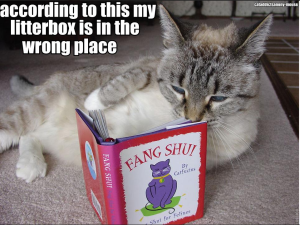 The research is the result of Dr. Postolache’s ongoing collaboration with Preben Mortensen, Dr.Med.Sc., professor and head of the National Centre for Register-based Research at the University of Aarhus in Denmark. Marianne Giortz Pedersen, M.Sc., of the National Centre for Register-based Research, is the study’s lead author. It is the largest study of T. gondii and attempted suicide and the first prospective study to document suicide attempts that occurred after the infection was discovered. Dr. Postolache’s research team at the University of Maryland was the first to report a connection between T. gondii and suicidal behavior in 2009. He is collaborating with researchers in Denmark, Germany and Sweden to confirm and investigate the mechanism leading to this association.

The T. gondii parasite thrives in the intestines of cats, and it is spread through oocysts passed in their feces. All warm-blooded animals can become infected through ingestion of these oocysts. The organism spreads to their brain and muscles, hiding from the immune system within “cysts” inside cells. Humans can become infected by changing their infected cats’ litter boxes, eating unwashed vegetables, drinking water from a contaminated source, or more commonly, by eating undercooked or raw meat that is infested with cysts. Not washing kitchen knives after preparing raw meat before handling another food item also can lead to infection. Pregnant women can pass the parasite directly to their fetuses and are therefore advised not to change cat litter boxes to avoid possible infection.

In this study, researchers analyzed data from 45,788 women in Denmark, who gave birth between May 15, 1992 and Jan. 15, 1995 and whose babies were screened for T. gondii immunoglobulin G (IgG) antibodies. Babies don’t produce antibodies to T. gondii for three months after they are born, so the antibodies present in their blood represented infection in the mothers. The scientists scoured Danish health registries to determine if any of these women later attempted suicide, including cases of violent suicide attempts which may have involved guns, sharp instruments and jumping from high places. The researchers also cross-checked records in the Danish Psychiatric Central Register to determine if the women had been diagnosed previously with mental illness.

The study found that women infected with T. gondii were one and a half times more likely to attempt suicide compared to those who were not infected, and the risk seemed to rise with increasing levels of the T. gondii antibodies. Previous mental illness did not appear to significantly alter these findings. The relative risk was even higher for violent suicide attempts. In contrast to the number of women who attempted suicide using any method (517) or violent methods (78), the number of fatalities through suicides in the cohort (18, with eight inToxoplasma-positive mothers) was still too small to be conclusively analyzed statistically.

Dr. Postolache stresses that further research is needed to learn more about the connection between T.gondii and suicide. Although studies looking at aggregate data by countries have suggested a link, “there are no studies on individuals confirming the association of T. gondii with suicide fatalities,” he says. “Because suicides and attempts differ based on individual experience and demographics — for example, women attempt suicide more frequently and men have a higher incidence of suicide — the next step is to repeat this study with a sufficient sample aimed at analyzing suicide mortality, the most important target variable in suicide prevention.”

He notes that one of the strengths of this study was that researchers were able to adjust for various factors, such as prior history of mental illness (e.g. mood disorders, schizophrenia, borderline personality disorders) not only in the subjects, but also in their parents. They also had access to a tremendous amount of information as a result of Denmark’s multiple registries and health care system, which provides free medical care for residents. “We had a unique population-based cohort with almost complete follow-up data for up to 14 years. Women were included in the study irrespective of socioeconomic status, and information about T. gondii antibodies was collected prospectively and independently of this study,” Dr. Postolache says.

But, he also notes limitations to the study, such as the inability to determine the cause of the suicidal behavior. “T. gondii infection is likely not a random event and it is conceivable that the results could be alternatively explained by people with psychiatric disturbances having a higher risk of becoming T. gondii-infected prior to contact with the health system,” Dr. Postolache says.

The study also did not include men and women who didn’t have children, and did also not capture many episodes of attempted suicide, especially those that were interrupted or aborted and therefore may not have been recorded. It was also not always possible to determine if a self-inflicted injury was an intended suicide, Dr. Postolache says.

“Is the suicide attempt a direct effect of the parasite on the function of the brain or an exaggerated immune response induced by the parasite affecting the brain? We do not know. In fact, we have not excluded reverse causality as there might be risk factors for suicidal behavior that also make people more susceptible to infection with T. gondii,” Dr. Postolache says. “If we can identify a causal relationship, we may be able to predict those at increased risk for attempting suicide and find ways to intervene and offer treatment.” He proposes future research focusing on molecular and behavioral intermediate mechanisms potentially mediating the relationship between T. gondii, suicide risk factors and suicidal behavior.

J. John Mann, M.D., of Columbia University, an international expert on suicide, says that evidence is accumulating on immune factors being associated with suicidal behavior. “Identifying neurotropic latent infections potentially triggering or perpetuating a heightened immune response in patients at risk could lead to new ways of thinking of risk, prevention and risk reduction for suicide, one of the major contributors to premature death worldwide,” he says.

The research was funded by the Stanley Medical Research Institute (Mortensen) and the American Foundation for Suicide Prevention (Postolache).

I'm a curious person, of reasonable intellect, "on the beach" (retired) and enjoying my interest in anthropology, language, civil rights, and a few other areas. I've been a hippie/student/aerospace tech writer in the '60s, a witness to the Portuguese revolution in the ‘70s, a defense test engineer and witness to the Guatemalan genocide in the '80s, and a network engineer for an ISP in the '90s. Now I’m a student and commentator until my time is up. I've spent time under the spell of the Mesoamerican pyramids and the sweet sound of the Portuguese language. I've lived in Europe, traveled in Brazil, Central America, Iceland, New Zealand, and other places. My preferred mode of travel is with a backpack and I eat (almost) anything local. Somehow, many of the countries I have been to have had civil unrest (for which I was not responsible). I'm open to correspond with anyone who might share my liberal, humanist interests. I live in San Buenaventura, California.
View all posts by carlos →
This entry was posted in Mind and tagged biology, birth defects, Cats, congenital, genome, mental illness, psychology, toxoplasmosis, Toxoplasmosis Gondii. Bookmark the permalink.

2 Responses to Toxoplasmosis: Your Cat’s Gift That Keeps on Giving