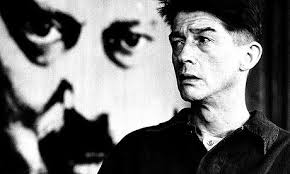 From the book: “1984” by George Orwell (June, 1949).  A book of science fantasy whose time has come only 60 years after publication.  We thought, long ago, that the world of Winston Smith was a vision of a world that we would never see.  It was too extreme and beyond the pale of all societies save those behind the Iron Curtain where whole populations could be exiled to the Siberian steppe.  A world where threats to the state could be eliminated quietly with no judicial review in “black” sites around the world.

We didn’t commonly have computers in 1949.  We didn’t have cell phones or “handys” to keep our secrets, phone numbers, itineraries, and “apps.”  Yes, we have outsourced our innermost thoughts to multi-capable smart phones that can locate us anywhere on earth to within a few yards or within a communications cell execute a wide variety of sophisticated programs.  We were warned of the future, and it is now.

There is no going back to an earlier time, our Rubicon has been crossed and we are fighting a defensive game to limit the control that the data miners wish to have over our lives.  The following Ted Talk describes the extent to which a simple cell phone function, making a call, intrudes into our lives as data from our lives are stored.  It shows how a cumulative record of phone calls can create a network of relationships that we may not even be aware of.   This may not seem very important since most of us lead uninteresting lives.  In the wrong hands, however, it creates a nightmare scenario from which we might not want to awake.n

I'm a curious person, of reasonable intellect, "on the beach" (retired) and enjoying my interest in anthropology, language, civil rights, and a few other areas. I've been a hippie/student/aerospace tech writer in the '60s, a witness to the Portuguese revolution in the ‘70s, a defense test engineer and witness to the Guatemalan genocide in the '80s, and a network engineer for an ISP in the '90s. Now I’m a student and commentator until my time is up. I've spent time under the spell of the Mesoamerican pyramids and the sweet sound of the Portuguese language. I've lived in Europe, traveled in Brazil, Central America, Iceland, New Zealand, and other places. My preferred mode of travel is with a backpack and I eat (almost) anything local. Somehow, many of the countries I have been to have had civil unrest (for which I was not responsible). I'm open to correspond with anyone who might share my liberal, humanist interests. I live in San Buenaventura, California.
View all posts by carlos →
This entry was posted in Privacy, Technology and tagged 1984, Alienation, cell phone, culture, data mining, dystopia, handy, law, Poli/Econ, privacy, security, terrorism, tyranny. Bookmark the permalink.
%d bloggers like this: